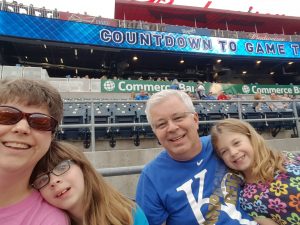 Jeff Coen is a long-time resident of Topeka and is the current City Councilman from District 8. He was elected in 2015.

Jeff is a small business owner of The C-Team Studios, a website, graphic design and technology company in Topeka since 2001. He helps both large and small businesses with website designs and videography projects.

He has been an active voice for adequate street funding and was successful in adding $2 Million dollars to the street and infrastructure budget in 2017.

Jeff also served as Deputy Mayor of Topeka in 2017 under Mayor Larry Wolgast.

Jeff is a graduate of Topeka West High School class of 1989 and attended The University of Kansas, Washburn University and Kaw Area Technical School.

Jeff is married to Becky and they have 2 daughters. He is an active member at Grace Point Church.